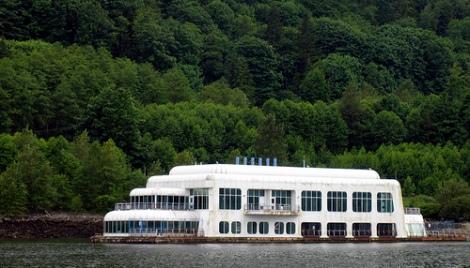 I pass this abandoned floating restaurant on my commute home. It seemed like such a great idea – a restaurant that was able to dock anywhere along the River, offering its menu in different locations each night, building up a diverse client against the backdrop of sunsets filled nights.  I was curious as to why this vessel is abandoned and not in use and found out that vessel was originally called the Friendship 500, built as a pop-up McDonalds for Expo ’86. The McBarge, as it was commonly referred to, featured garden rooms, art and panoramic views of Expo 86. McDonald’s saw this endeavour as a flagship restaurant for a new direction in “affordable elegance” but unfortunately Friendship 500 was the first and last floating restaurant that McDonalds navigated through.

A unique feature with McBarge was a hidden kitchen that delivered the burgers and fries by conveyer belt to the front counter. After the fair, McDonalds wanted to find a permanent home for McBarge but all proposed sites were eventually turned down.  Today, McBarge is anchored just offshore in Burrard Inlet and sadly; the vessel is in disrepair and is more of an eyesore than spectacle.

While the idea of a floating restaurant is not new (sampans in Hong Kong) McDonalds was trying to promote a new mass experience – an economical meal with an ‘classy’ backdrop. I am disappointed that McBarge was never reused or more importantly repurposed into another commercial endeavour (I actually think a floating contemporary gallery would have been awesome.) As I have written in many past posts, that mobile architecture has been a strong interest of mine and to see a potential thrown to the ‘dock’ is a real tragic. However, this got me thinking about artists who employ boats as an object and idea and the ebb and flow associated with them. 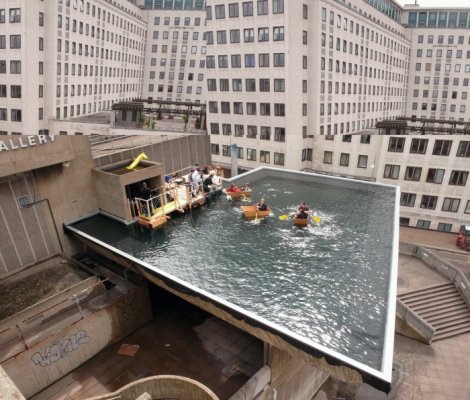 Gelitin, Normally, Proceeding and Unrestricted With Without Title, 2008 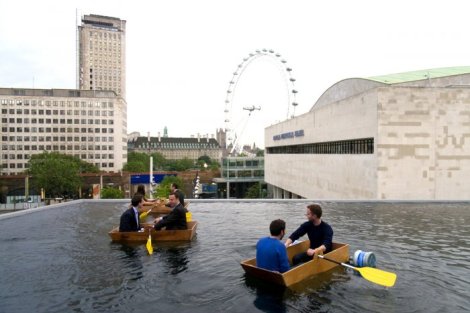 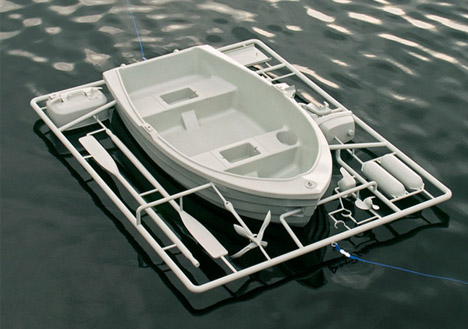 And I wanted to include these works by Barbara Lounder, an artist and faculty at NSCADU. I saw these boats in 1997 in an exhibition, On the Cut at the Anna Leonowens Gallery and they still resonate with me. They have influenced my thinking about my own work and the role that deconstruction plays in the  reconstruction of new ideas. 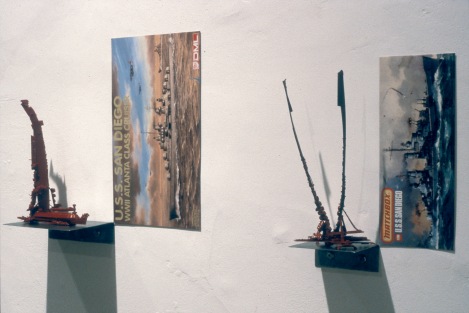 2 responses to “But does it float?”