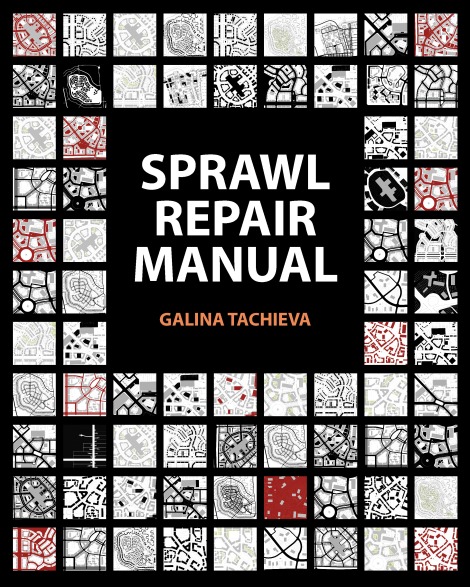 I have finished reading Worlds Away: New Suburban Landscape, an exhibition catalogue published by the Walker Arts Center in 2008 for the exhibition Worlds Away: New Suburban Landscape. I realise that I am 4 years behind in discussing the exhibition and catalogue but I started reading Worlds Away because, as much as I deny it, I currently live in the suburbs. I would like to preface that statement by saying the small city I live in is sub-urban to Vancouver but is quite different to the many suburban communities that surround us. However, one thing that I have experienced is that the perception of where I live is suburban and along with that comes many preconceptions both good and bad. However, I have observed two stereotypes that really do seem to prevail here: 1) everyone drives a car EVERYWHERE (even if it is a 5 minute walk and it will take longer to drive and find a parking spot) and 2) conventional and uninspirational development plans dominate the landscape. I need inspiration, especially from artists, on how to rethink and re-imagine the suburbs and how I can start to affect change in my community (yes very lofty ideas but I need to start somewhere) about how to reconfigure my landscape.

In the preface, Andrew Blauvelt states that “despite voluminous critical condemnation, the contemporary suburbs remains surprisingly unconsidered, at least on its own terms” and I agree with that observation. I am tired of hearing the criticisms about suburbia without the propositions or inventive solutions. Blauvelt concludes that the exhibition is not about statistics or the history of suburban life but rather an opportunity for artists and architects to “imaginatively considered the subject: drawing inspiration form, provoking discussion about, and casting either an appreciative or critical eye on an environment that, for better or worse, constitutes an ever larger portion of our world.”

I believe that artists have an advantage over architects and developers when conceiving works of this nature because they aren’t beholden to building codes, budget restraints or even gravity so I was really looking forward to seeing what imaginative solutions the artists were going to come up with. Unfortunately, I was quite disappointed with the majority of work chosen for the exhibition since it seemed to document the new reality instead of reinventing it. On the other hand, the architectural proposals and texts were very insightful and thought provoking. Some strong architectural proposals were from the Estudio Teddy Cruz who explored the reciprocal influence of American suburbanization and Latin American immigration on suburban San Diego and Tijuana, Mexico;  Lateral Architecture explored the spaces between and around big box power centers; and Minneapolis-based Coen+Partners revised a traditional cul-de-sac development.

One group of artworks that addressed the premise set out by the curator was the 3 ‘inflatable’ sculptures by Floto+Warner. The series consists of large-scale, inflatable Christmas lawn ornaments commonly found in yards across America that were reconstructed into new forms. 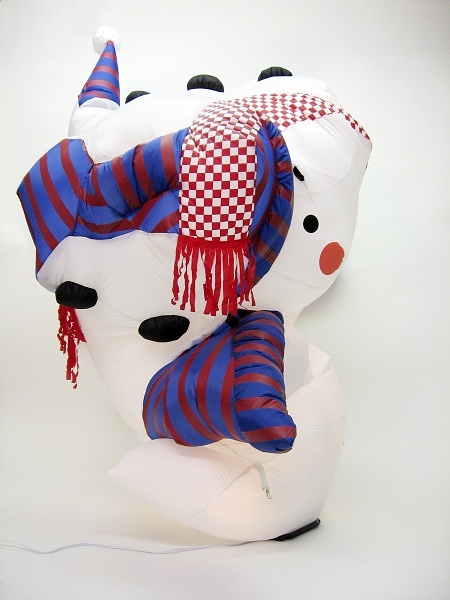 I decided to do some research to see if there was other artists who made work that re-imagined the suburbs. 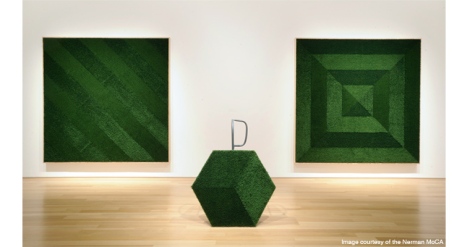 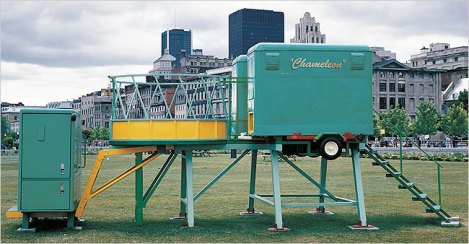 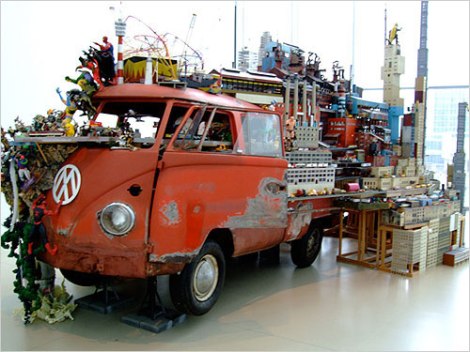 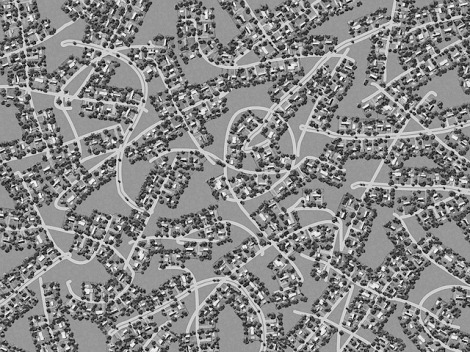